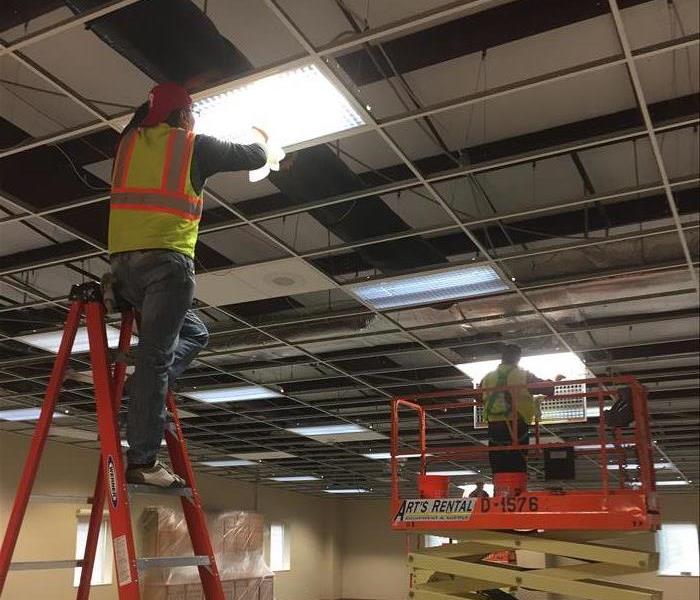 Recently SERVPRO of East Louisville was called to a local church with a small fire in the sanctuary. The fire damage was minimal, but the smoke damage was extensive. With the sheer size of the loss our entire staff was called in to help on the job. Our mobile command center, which is usually reserved for major catastrophes, was called in along with dozens of support staff. With the amount of smoke damage we were instructed by the insurance company to discard of everything non-salvageable because of the smoke damage. The remaining salvageable items were all scrubbed down to eliminate the possibility of severe respiratory ailments. SERVPRO of East Louisville has the capability to handle any size loss from a small kitchen fire to a large church job.