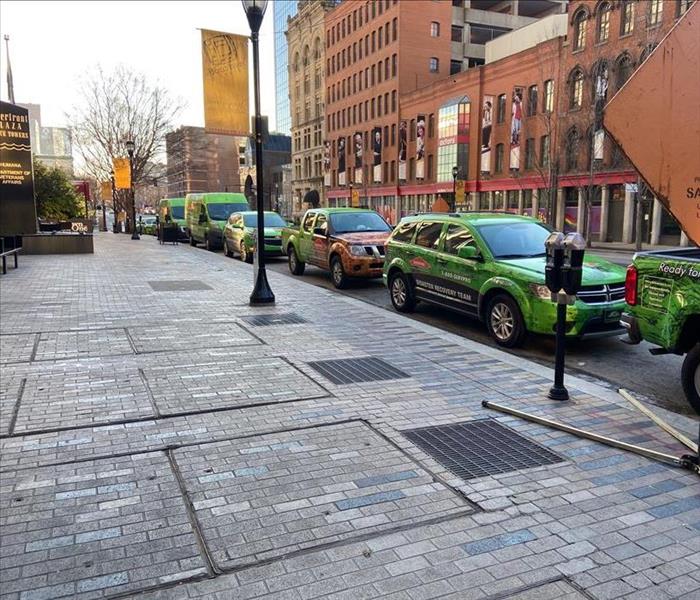 One early Tuesday morning in February 2021 a dehumidifier in a companies server room caught fire. The sprinkler head did its jobs in popped out to put out the fire. However, thousands of gallons of water rained down on three floors for an extended period of time.

Although the fire, smoke, and soot damage was minimal, the real damage was the massive amount of water from the sprinklers that soaked all three floors.

SERVPRO of East Louisville crews worked tirelessly to deodorize the smoke smell in the corner of the building that was affected by the fire using containment, air scrubbers and hydroxyls.

For the water damage portion of the job glued down carpet had to be removed, as well as affected drywall and other materials, in order for the drying process to take place properly with air movers and dehumidifiers working around the clock.

SERVPRO of East Louisville was on site within 30 mintues at 3:00 in the morning to start the mitigation.  Our goal is to make it "Like it never even happened."